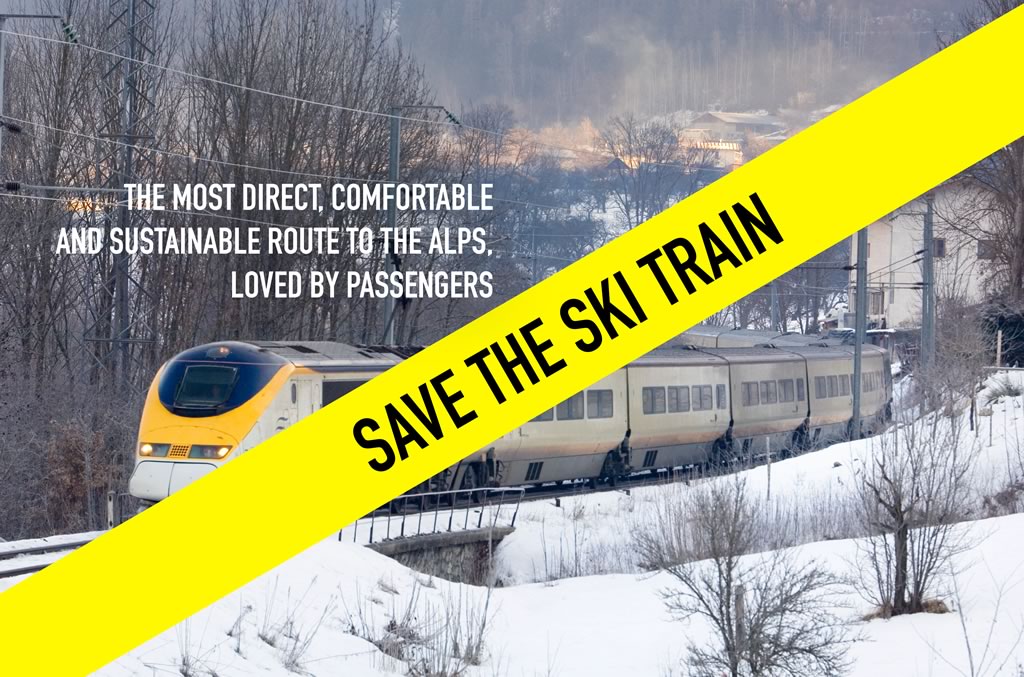 More than 10k people have signed the petition to Save the Ski Train – which Eurostar has cancelled for winter season 2020/21. And there’s still time to add your name to the list.

The Ski Train, which has been running between London and the Alps since 1997, is hugely popular with UK-based skiers. For the last two years, tickets for travel during for the peak February half term week have sold out within five hours of going on sale.

‘Take the train to the slopes’ website Snowcarbon – whose founder Daniel Elkan took part in our #SkiGreen webinar recently – has long championed Eurostar for its convenience and eco credentials.

Some 24,000 travellers a year choose to take Eurostar’s Friday overnight and Saturday daytime services. For ski season 2020/21, the Ski Train was likely to have been the option of choice for even more skiers wanting to avoid airports and busy roads.

So why has Eurostar decided to bin the train to the Alps for the coming season? There has been speculation in the French press that the operating company was hoping to convince the Government to offer subsidies as it has done for other coronavirus-affected businesses / sectors.

Eurostar itself says that it is focusing on high-demand routes between major cities, and would find it challenging to maintain correct hygiene measures on longer distance routes.

Cancelling the Ski Train has led to an avalanche of complaints from ski resorts and operators, already facing a likely drop in visitors for the coming season.

#SkiGreen to cut your carbon footprint

The way you choose to travel to and within your ski resort is by far the biggest contributor to your trip’s environmental footprint at some 57%, according to the Mountain Riders sustainability charity.

Swapping plane for train saves an estimated 80% in CO2 emissions, Snowcarbon says, as well as being more relaxing and often quicker than flying.

A large part of the reason we set up WhoSki.com was to help reduce the eco footprint of wintersports – so the Save the Ski Train campaign is one we 100% support. If you do one thing today: sign the petition.