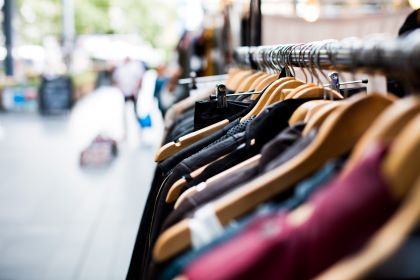 According to Greenpeace, as little as 10% of donated clothing, for example to charity shops, is sold on for re-use in the country where it was collected. The rest is likely to be broken down and used as rags – aka ‘down-cycled’ – with more than half exported to an overseas market. That usually means Africa or Eastern Europe.

What happens to secondhand clothing once exported?

Some is sold at markets. This is not necessarily a good outcome. For example, the scale of imports of unwanted clothing from Europe and the US has decimated the indigenous textiles and tailoring industries in many African countries. To counteract this problem, Rwanda imposed high tariffs on used clothing imports followed by a total ban on their importation in 2018.

Increasing amounts of fast fashion find their way into the clothing markets of the Global South, but only around 10% re-sells there. Much is poor quality or unsuitable for local needs and is therefore unusable.

What happens to unsold secondhand clothing in the Global South?

With limited or non-existent recycling facilities or infrastructure in the Global South, our unwanted clothing rarely comes to a sustainable end.

Incineration: The rising cost of gas and oil raises the danger that textile waste will increasingly be burned to generate power. Garment factories in Cambodia were found recently to be incinerating off-cuts including tags, labels, footwear, fabric and garment scraps.

The result? Burning acrylic garments releases plastic microfibres and other toxic chemicals with knock-on impacts on human health in both the short- and long-term. Incinerating unwanted textiles also increases the carbon footprint of clothing made in foreign factories for the European and US markets. It is also a massive waste of resources.

Landfill: The Global South is the principal destination for secondhand – and new – clothing that cannot be re-sold or recycled. A recent report from The Observatory of Economic Complexity (OEC) claims up to 40% of used clothing exported to African countries such as Kenya and Tanzania has no market value and is basically just textile waste.

The result? Piles of dumped clothing in locations like the coast of Ghana, the Atacama Desert in Chile and river banks in East Africa. Unwanted ski clothing is now also turning up in the textile dumps of the Global South.

What can we all do to reduce textile waste?

The obvious answer is buy less and throw away less. If every item of clothing was worn for longer, its carbon footprint would reduce considerably and the demand for new clothing would fall. There would be less wastage and fewer used textiles would be exported.

Buying and selling secondhand clothing such as ski and snowboard wear is a way to extend its life and prevent it from being shredded, incinerated or ending up in the Global South where it pollutes the environment.

Do your bit for sustainability: make this the season you choose pre-loved ski wear.